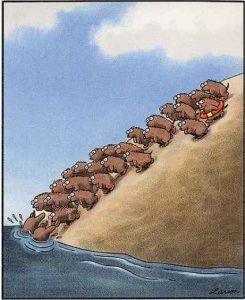 On the way back from Mexico, at the end of the first week of March, I looked at everyone, wondering if they would be alive in a year. I understood clearly that I might be carrying a deadly bug back with me. The guy on line in back of me in Mexico City, at Freida Kahlo’s home, coughed and coughed. I knew I was playing with fire.

I was surprised the WHO had not declared Covid-19 a pandemic at the time, I was surprised more people were not wearing masks. On the commuter jet from Mexico City to Las Vegas, I was the only person wearing a mask. As the jet raced through the skies I wondered which would be more difficult, dying in a plane crash or of Covid-19. It was a tense flight.

I returned to my car and an overnight in Las Vegas and then the long drive back home. I spoke with my cousin as I drove, she lives just north of Seattle. She talked about keeping an onion by the bed just in case. She was worried. (If you are confused about the onion, it is an old folk remedy). Again, I thought of the guy in line coughing.

I returned to my office three days later wearing a mask. Everyone was a bit confused. I didn’t want to get Covid and worse perhaps than that, I didn’t want to pass it on. Covid Mary did not appeal as a nickname. I explained to people that I had just traveled through a busy, large city and a busy airport. I could see that I might have to spell it out a bit more. That is when I realized there was a divide. The people who believed that the virus was dangerous and the people who thought the whole thing was overblown or a hoax.

My little town is tucked into the mountains, it is rural, not remote but a long way from the disaster of the world epicenters. Many felt protected,  certain that nothing would arrive from New York City or New Orleans. As one of my clients stated, “Don’t ya know, this is Happy Valley?” She’s a sharpie that one. She is a medical provider and understood this might be deadly. Most people were not paying attention to the news that was inundating the rest of the world, Italy going down like the Titanic, New York’s death toll jumping daily, none of this was real in Happy Valley. We were protected by distance, being rural, being Christian, being….oh heaven knows what…but something else. Mostly I think Fox News. The guardian angels of Fox News were present, and after all the president had said it was not serious, and it was still two weeks out from the WHO declaring a pandemic.

The town I live in skews older, many in the population have multiple health problems. People don’t go to the doctor unless an arm is hanging off. I thought about the vulnerability of the population. I posted all kinds of articles, from the BBC, from Australia, from the New York Times and the Washington Post. I was concerned that my little town was unprepared, lulled into a false security of no confirmed cases and the belief that isolation would keep everyone safe. I didn’t think so.

Now at that point, I didn’t know all that much but I set about learning. I read everything online, from this country and others, I listened carefully. I talked with friends who work as medical providers. I read the posts of friend of a friend who went to New York to help out (she is a Respiratory Therapist). The news was grim. I kept posting until it was evident that anyone I knew locally was tuning it out. No comments, no likes, no nothing.

Okay, I do understand denial. My life-long career is as a psychotherapist, so I am familiar with denial. When people are frightened they simply tune out what they can’t cope with. Something this big had not happened in a century. Most people were not crazed news junkies listening to the news from Australia or the doctors from South Korea. I was but they were not. I thought about how small our local hospital is, two respirators, no isolation room. I was aware of how little testing there was and how mixed the messages from the government were. As far as the locals understood everything was fine here.

Then the suicides started. In two weeks there were six suicides.

I wondered if people in the 1918 pandemic killed themselves. I certainly would understand if they did. If there is no hope and people are scared, well dying in some chosen way would make sense. I thought about why people would be killing themselves in such numbers in my tiny community.

To be clear, I didn’t believe for a minute that people were killing themselves because of Covid-19 but this didn’t help answer the questions I had. I talked with people I knew who had suffered severe and life threatening depression. To the person they said, if you want to die you see no way out by living. Death is the last ditch effort to be free of the pain. This made sense to me. Still why so many?

The world is upside down. Despite the government minimizing the pandemic and all the implications of this, people are uneasy. They may not have scientific information about the virus, they may not have read about 1918 but there is an undercurrent of unease and this is possibly the last straw for some. Death may seem like a viable option. The psychologically fragile may die first.

Late one night I felt a terrible sadness. I called an old friend and we talked about dying. Both of us saw the pandemic as a possible way in which we might die. We talked about how rich our lives had been and what we had learned. It was so good saying the D word out loud. Both of us are high risk for a Covid death, both of us knew that there were people who couldn’t imagine the scenarios we spoke of and that were in denial that this all was  real. She had roommates who were going out to restaurants and she accepted that they might bring the virus home. She had made her peace. I hung up the phone no longer sad but calmed.

For some, there is another coping mechanism:conspiracy theories. If there is someone to blame, whether it is Bill Gates or China the belief that someone caused this deliberately brings the uncontrollable back into a manageable size. If a human or humans did this, I as a human can do something about it. If I can blame Bill Gates, I can vent my anger and ease my fear. If it is random, an attack of nature, which I know is far bigger than me, it is far scarier. It would be an interesting study to investigate what conspiracies people cooked up in 1918. Certainly by the second wave the governmental denial of the threat of the “Spanish Flue” had collapsed. As multitudes of people, young people, died quickly, I suspect the government’s minimization of the problem also collapsed. Will it take us a second wave to awaken to the fact that this is as dangerous as 1918? Perhaps.

And yes, the government in 1918 did deny the problem and the extent of the problem. There were many reasons for this. A war was being fought, to admit that there was a dangerous disease that struck the young and healthy would be to compromise the “war effort.” So all the countries that were fighting in the First World War lied. Spain was neutral and therefore the newspapers in Spain told the truth. For this honesty, the influenza that started in (most likely) Kansas was named the “Spanish Flu.” The messenger was shot.

Here we are again. The government is minimizing or outright lying, this time to keep the economy going, to ensure the stockholders continue to make money and the people returning to work as the states ‘open up’ are as sacrificial a lamb or herd of lambs as the dough boys of 1918.

This saddens me. All the folks waving flags and guns are likely going to pay for their naivete. Their relatives and friends are likely to pay. The CEOs of the big corporations pushing a re-opening will not be the first to die. The dough boys will, they always do. My opinion on this is a minority opinion in the area in which I live. It will likely enrage some, or provoke debate, of a rather uncivil kind but I believe it is fact. I believe in science, I trust in probability and I know fear drives rejection of ideas that threaten people. I also suspect that as the year moves on the fact of a second wave and the consequences of opening up will be made clear but I still want to tell people:duck. Don’t be a dough boy if you can avoid it. Be the lemming with the life preserver on.

I wish this was different. It is a sad divide. Close to 2,000 people a day are dying now. It will get worse. I do not wish this on anyone.

I did not sign up to stay at home for two years, to miss late night conversations over tea, to miss hugs, to miss flights to other places but this is real. Put on your life jacket people and pay attention.

10 thoughts on “The Sad Divide”